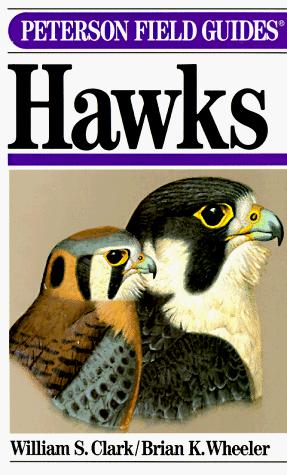 This is the book I used to help identify and learn about Hawks.  I bought it back in the early 1980’s.  It was written and compiled by Bill Clark and Brian Wheeler.  Shortly after acquiring the book, I was birding at Whitefish Point in the upper peninsula of Michigan.  Much to my surprise, I ran into Bill Clark that weekend in Whitefish Point.  He was banding hawks there during spring migration.  Of course, I had him sign my field guide.

After I started spending my winters in the Rio Grande Valley, I learned that Bill Clark had been a resident here in Harligen for the past 14 years.  And last year I went on a field trip with the Arroyo Colorado Audubon Society (ACAS–the Harligen group) that was led by Bill Clark.  I brought along my hawk field guide and had Bill sign it, again (after all those years).

Well, yesterday, Bill Clark led another hawk banding field trip here in the valley.  Bill had located an area where a large field of sugar cane had been harvested the day before.  Hawks and vultures ascend on recently cleared fields to feast on the carcasses of mice and rats, victims of the harvesting.  And we saw numerous vultures, White-tailed Hawks and Swainson’s Hawks as we arrived.  Bill and his two helpers were in the field setting out traps.  Bill had already captured a couple of White-tailed Hawks.  The Rio Grande Valley is about the only area in the United States where this hawk specie can be found.  Bill banded these hawks as we watched.  He spoke about the hawks as he worked.  His helpers returned periodically with additional trapped hawks.  In addition to the White-tailed Hawks, they brought an American Kestrel. 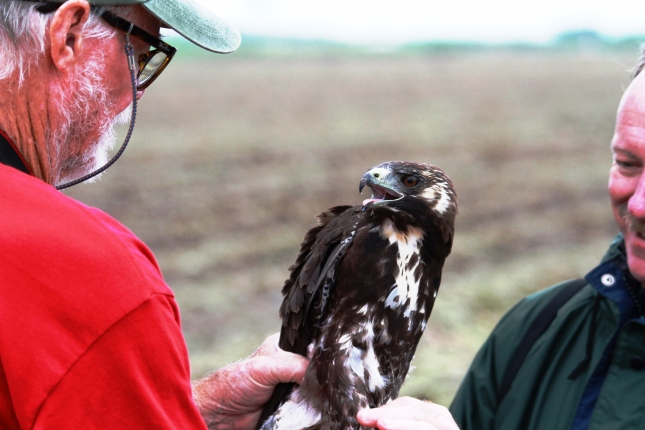 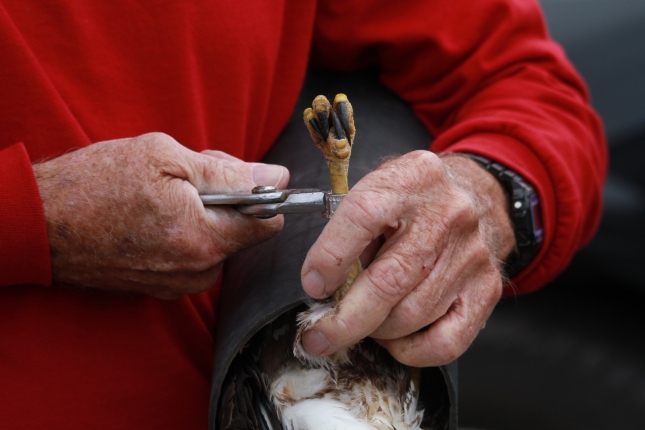 On one of their trips out into the field, they located an Indigo Snake and returned with it to show us. 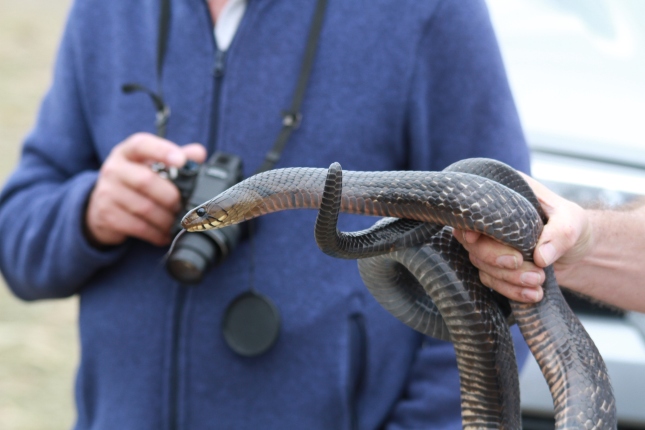 Everyone in attendance on this trip had a great time.  Bill Clark is a master.

Comments Off on Hawk banding with Bill Clark

Posted by the mogg blog on November 13, 2016 in Uncategorized